Boarding For Chemotherapy Patients You Can Count On

When it comes to boarding pets at Animal Medical Hospital & 24 Hour Urgent Care, we take ourselves pretty seriously. You have entrusted us with one of your most precious possessions, and we fully intend to treat them as such.

The same care extends to our medical boarding patients. Whether you need us to care for a pet with diabetes or a special senior citizen while you are away, our team is here for your pet’s needs. If you need help with your pet with cancer while you are away, we are also able to help. Our boarding for chemotherapy patients and other pets with cancer is something you can count on.

Medical Boarding Benefits Pets In More Ways Than One

Preparing your pet for surgery is an undertaking all on its own, but it pales in comparison to post-operative care. Recovering from surgery can be incredibly difficult for both pets and their people, but it doesn’t have to be! WIth medical boarding options at Animal Medical Hospital & 24 Hour Urgent Care, pets receive all the time and attention they need to bounce back. Plus, with a dedicated staff, you can rest assured that if any problems arise, we will tend to them quickly.

How to Identify Pet Pain 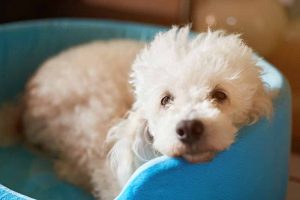 Our pets may not walk, talk, or behave like us, but that doesn’t mean they don’t feel pain in much the same way as humans. Over the past few decades, veterinary science has made tremendous strides in the areas of pet pain prevention and management.

At Animal Medical Hospital, we believe the best way to empower pet owners is through education. September is Animal Pain Awareness Month, so now is the perfect opportunity to delve deeper into the issue of pet pain.

Unfortunately, our pets can’t tell us when they’re hurting. Combine this with the fact that dogs and cats are hardwired to hide signs of illness or injury, it can sometimes be extremely difficult to tell when a pet is in pain. Your pet’s regular wellness exams are a good opportunity for us to assess your pet for signs of trouble, but your observations at home are just as important. END_OF_DOCUMENT_TOKEN_TO_BE_REPLACED

Why spay or neuter?

Neutering is a sterile surgical procedure that involves removing both testicles from a male pet. Spaying refers to the operation where the ovaries and uterine horns are surgically removed from a female pet. It is recommended to spay and neuter your pets between 5 and 8 months of age, before they reach sexual maturity. This is for both medical and behavioral reasons. The only reason not to spay or neuter is if you are going to breed or show your pet.

For male pets, there are several medical reasons for neutering. The first is to eliminate the risk for testicular cancer, which is the 2nd most common cancer in unneutered male dogs. If the testicles are removed, they can’t get cancer there. Neutering reduces the risk for prostate cancer and prostatitis, and reduces the risks of diseases associated with hormones such as testosterone. As for behavior- there will be a decrease in the need for roaming as your dog will not have the urge to reproduce, as well as decreased aggression. It also decreases the urge to “mark” their territory, so inappropriate urination is less likely to be an issue.

There are medical and behavioral advantages to spaying your female pets as well. Medical reasons include the eliminating the possibility of false pregnancy, uterine infections known as pyometras, decreasing the risk of breast cancer and eliminating the chances of uterine and ovarian cancer. As with males, behavioral benefits include reduced aggression and other undesirable behaviors such as inappropriate elimination.

There are serious medical complications and behavioral issues that can arise from not spaying and neutering your pets, as outlined above. In addition to these, you will be preventing the risk of unplanned pregnancies. If you take away the urge to reproduce, they will be much more suitable as pets because they will no longer have to answer the “call of the wild.”

So your puppy or kitten is getting older…what is next in providing the best care for them? When your pet is about 5-6 months old, we recommend having them spayed or neutered. This is an important decision for pet owners. There are several reasons for this recommendation:

Good for Your Pet

Good for the Community

This is the first in a series of videos we’ll be creating and posting to the Animal Medical Hospital YouTube channel.
Let us know what you think!